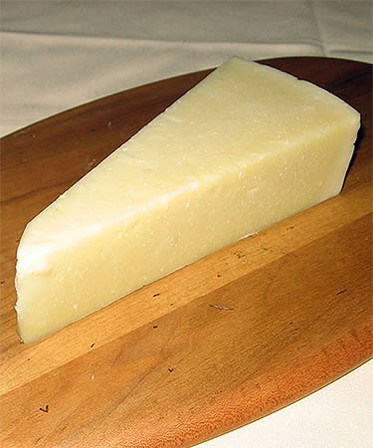 Pecorino is a sharp hard cheese made from fresh ewes milk. Venda Ravioli offers five kinds of Pecorino. Pecorino-Romano is from the area around Rome, aged about eight months, and often simply called Romano. It is usually eaten as a table cheese and used for grating. Pecorino-Pepato is a peppered cheese, with black peppercorns throughout the cheese, made in Sicily. By law, Pecorino-Toscano must be made from ewes milk drawn between September and June and aged at least six months. It is known for its warm, sweet flavor and a flaky texture that never seems dry. It is suitable for shaving over pasta and salad dishes.

All Cheeses are 1 lb per quantity.

This product hasn't received any reviews yet. Be the first to review this product!